President Ibrahim Mohamed Solih on Wednesday met with the community leaders and residents of Magoodhoo Island, South Miladhunmadulu Atoll, where members of the Island Council acclaimed the administration’s comprehensive and non-discriminatory national developmental strategy. The meetings with the members of the council, Women’s Development Committee (WDC), and residential community were held separately.

At his meeting with the members of the council and WDC, the members applauded the administration’s policy on bringing development to remote communities across the country. Sharing their plans for the island, the council members asked the President to seek ways to expedite the harbour extension and road development projects. They also highlighted the need for the introduction of local tourism. Members of the WDC shared with the President the challenges they face due to financial constraints.

President Solih informed them that funds had been earmarked in the budget for the harbour extension project, which he said would commence this year. He also spoke about some of the projects that had been completed so far, assuring the members that steps would be taken to address their needs.

The President's visit to Magoodhoo Island is the fourth leg of his two-day tour of the South Miladhunmadulu Atoll. He is accompanied on the visit by some members of his Cabinet and senior government officials. 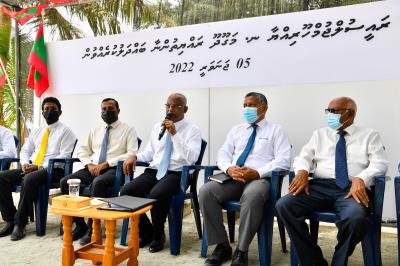 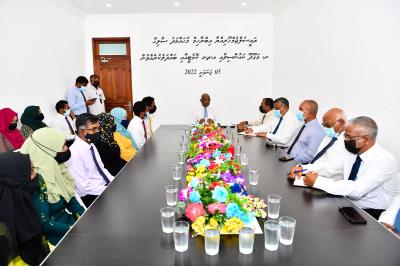 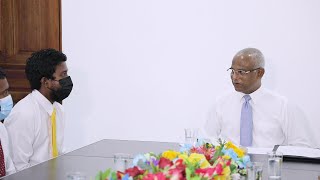 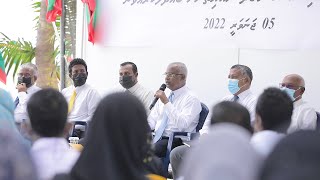